The official news service of the Seventh-day Adventist world church

Noting the 60th anniversary of the end of World War II, Seventh-day Adventist church leaders in Germany and Austria have released a declaration saying they “deeply regret” any participation in or support of Nazi activities during the war. The church bodies “honestly confess” a failure “in following our Lord” by not protecting Jews, and others, from that era’s genocide, widely known as the Holocaust. Millions of people perished from war atrocities, including more than 6 million Jews who were exterminated in Nazi persecutions during the 12-year period of 1933 to 1945.

The declaration was initially published in the May 2005 issue of “AdventEcho,” a monthly German-language church magazine, and also will appear in other German publications, said Pastor Günther Machel, president of the South German Adventist church area and one of three signatories to the statement.

A copy of the statement has been provided to Yad Vashem, the Holocaust Martyrs’ and Heroes’ Remembrance Authority in Israel, added Dr. Rolf Pöhler, a former North German church area president who is now that region’s theological advisor, and was involved with the drafting of the declaration.

“We deeply regret that the character of National Socialist dictatorship had not been realized in time and distinctly enough, and the ungodly nature of [Nazi] ideology had not clearly been identified,” the statement, as translated from German, reads. The church says it also regrets “that in some of our publications … there were found articles glorifying Adolf Hitler and agreeing with the ideology of anti-Semitism in a way that is unbelievable from today’s [perspective].”

Church leaders also expressed regret that “our peoples became associated with racial fanaticism destroying the lives and freedom of 6 million Jews and representatives of minorities in all of Europe,” and “that many Seventh-day Adventists did not share the need and suffering of their Jewish fellow-citizens.”

A paramount regret, the statement indicated, was that German and Austrian Adventist congregations “excluded, separated and left [church members who were] … of Jewish origin to themselves so that they were delivered to imprisonment, exile or death.”

Under various racial decrees, some Adventist congregations expelled members of Jewish heritage. One, Max-Israel Munk, was placed in two concentration camps by the Nazis and survived and returned to his church after the war. He said he did not wish to act toward his congregation in the way in which he had been treated, according to Dr. Daniel Heinz, a church archivist at Friedensau University who has studied Adventist activities during the National Socialist era.

Along with Pastor Machel, the other leaders who signed the statement were Pastors Klaus-Jurgen van Treeck, North German church president, and Herbert Brugger, president of the Adventist Church in Austria. Pöhler and Johannes Hartlapp, church historian at Friedensau, drafted the statement on which the declaration is based. All three church geographic areas voted to approve the text, Pöhler said.

In the statement, the three assert that “The obedience we owe to the state authorities does not lead to giving up biblical convictions and values.” They said that while only God can judge the actions of prior generations, “in our day, however, we want to take a decided stand for right and justice—towards all people.”

Brugger, in a telephone interview, said “Our church members really appreciated the publishing of this document.”

He indicated that it was something younger members of the church “appreciated very much.” No indication of a reaction from Austria’s Jewish community has been received, but Brugger said the Adventist Church is not as well known in Austria as some other movements are.

Asked how a church that considers keeping the Sabbath as one of its core beliefs could forsake Jewish Sabbath-keepers during a time of persecution, Brugger suggested that it was political, not theological, considerations that may have led to the strategy.

During World War I, a portion of the German Adventist Church had split off, opposing any military service. This led the National Socialists in 1936 to ban the so-called “Reform Movement” during their time in power. Brugger said concern over a Nazi closure of the main Seventh-day Adventist churches may have weighed on leaders in that era.

“I think during these times the official leaders of our church were afraid of losing the control over the church and losing the church because the political authorities had already … [confused] our church with the Reform movement,” he explained. “I think our leaders were afraid to lose the official recognition of our church, so therefore maybe they were not [as faithful] to our beliefs as would have been necessary.”

He added, “It was more political than theological, I’m quite sure.”

The main Seventh-day Adventist Church in Germany was also briefly banned under the Nazis, notes Pöhler. A quick reversal by the regime led to relief among Adventists, but also a level of cooperation with the government that was unhealthy.

“We not only kept silent, but we also published things we never should have published. We published anti-Semitic ideas that, from our perspective, weren’t really needed,” Pöhler said in a telephone interview. “We went several steps further and published things that really were anti-Semitic. … We went out of our way to show our loyalty to the German [National Socialist-era] government.”

“We had to realize that one wrong statement, one wrong move by a person meant he could end up in a concentration camp,” Pöhler said of that era. “[That was the] reason why we excluded and disfellowshipped Jewish-born Adventists from our midst: If a local church had not done this, [the Nazis] would have closed the church, taken the elder to prison and it would have meant the whole church would be forbidden.”

While some European Adventists took courageous stands to protect Jews, others went along in part because of concern for their families and churches. It would be difficult enough for an individual to reach out to a Jewish person, Pöhler explained, but to risk the lives of those in a congregation was an added burden. Such caution was even reflected in the nomenclature used by German Adventists, he said.

“We renamed Sabbath School to ‘Bible School’—[we] didn’t use the [original] term because it meant taking a risk,” Pöhler said. “We were in danger of being confused with the Jews. By refusing to call it Sabbath School, you make a statement; you make a little distance between yourself and the Jews.”

Dr. Daniel Heinz, director of church archives at the Adventist university in Friedensau, Germany, said his research into the stories of Adventists who helped Jews during the war led to his discovery of those who acted less honorably.

“The church leaders adapted and even took over some anti-Semitic ideology from the Nazis; in some instances, they did more than was necessary to please the [Nazi] authorities. This is something which is really strange for us,” Heinz said.

At the same time, he said, “I know that many Adventist members, [ordinary] people, helped Jews, but never talked about it.”

Resistance to Nazi policies, as well as the compassionate, yet brave response of many Christians, among them Seventh-day Adventists, to protect lives of those under Nazi persecution, have been documented throughout Europe, including Poland, Hungary, Holland and Denmark, among other countries.

“I found some very impressive stories of Adventists who helped Jews in the Third Reich, risking their lives, and I found the opposite,” Heinz said. Among other church members, one Latvian Adventist family took in a Jewish man, hid him during the war, and survived. The refugee became an Adventist believer and church pastor after the war ended.

According to Pastor Machel, “Sixty years after World War II is late—but we saw it as the last chance for a declaration.”

There had been earlier attempts at making such statements, although these were either largely ignored or blunted by those church leaders who had lived through the Nazi era and wanted to avoid having the church “judge” those who had gone before. However, in 1988, on the 50th anniversary of the Nov. 9 “Kristallnacht,” or “night of broken glass” in which Nazi-inspired gangs shattered shop windows of Jewish merchants and ransacked synagogues, the then East German Adventist Church released a declaration in its small magazine. In 1989, during centennial celebrations of the Adventist Church in Hamburg, Pastor Erwin Kilian, president of the North German church, referred to “the dark period” in his address and offered an apology of his own. A further brief statement was made in 1995, the 50th anniversary of the end of the war.

“To humbly reveal our sins and failures is the most important thing God wants us to do,” said Sara Gehler, 25. “And even though 60 years have already passed, I think it was necessary for us as [the Seventh-day Adventist] Church to take a stand on the Second World War.” She added, “It is our duty as Christians to protect and help those who are weak, helpless and in need.”

Julian Müller, 26, added, “I think it is our responsibility as a church to confess our errors and not hide them, especially when human lives are at stake. … My hope is that for the errors and failures of our church that have happened since then, it will not take 60 years until we mount up the courage to ask for forgiveness.”

Response from church members in the South German region, which includes cities such as Munich and Nurenberg, where the National Socialists drew great strength, was “very positive,” Pastor Machel said. “Some [had] really waited for such an action from the church leadership.”

The declaration was also well-received in many Adventist church circles internationally. “I was waiting for a text like this one for long time,” said Pastor Richard Elofer, who heads the church’s work in Israel. “I praise the Lord for touching the hearts of our people in Germany and Austria to produce such a declaration.”

Added Dr. John Graz, Public Affairs and Religious Liberty director for the Adventist world headquarters, “For those who believe in God’s love for every member of the human family, against any kind of discrimination based on race, religion or gender, this declaration written by a generation which had no responsibility in the Holocaust and the war, but endorse the responsibility of their parents, will stand as a positive landmark and great encouragement.” 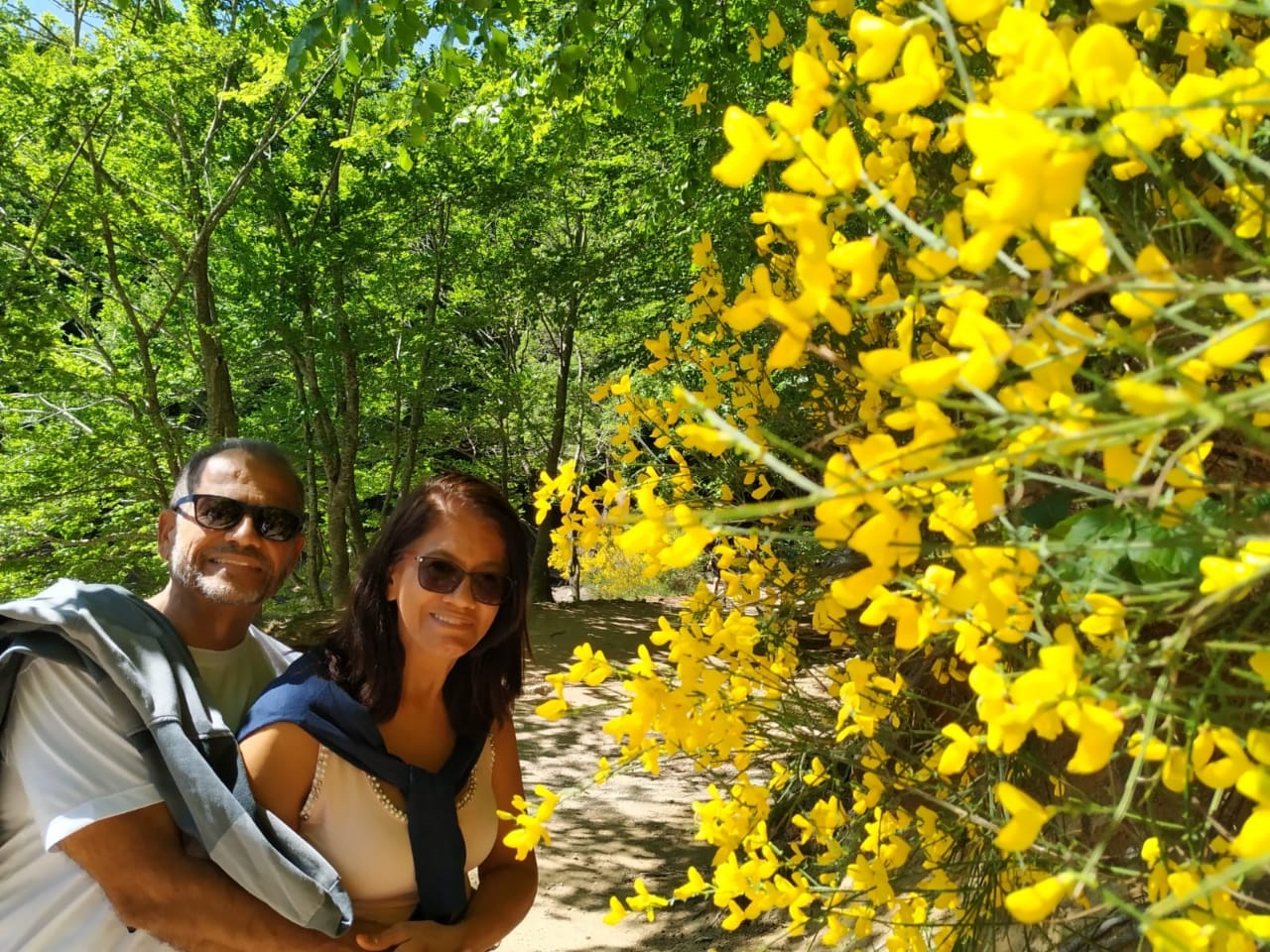